On May 12, 1880, Mary Emogene Hammond was born in Bolton, Warren County, New York. She would marry Harold “Harry” David Church on May 3, 1899 in Goshen, Hampshire, Massachusetts. She would then die on September 2, 1953 in East Derry, Rockingham, New Hampshire, with her husband dying in 1969. On Find A Grave, we know that they  had at least four children: Joseph, Clarence, Edith, and Georgie. But there is more to the story than this. Mary’s parents were Hetabella “Hattie” Belle Mills and Hannibal T. Hammond.

In June 1869, Hattie and Hannibal had married. The following year, they boarded with Hattie’s family, the Mills Family, in Chester, Warren, New York with Phebe Bibby who could be the adopted child of the couple.In 1871, their first child, Joseph, was born. Five years later, their second child, Clarence, was born. Then in 1880, Mary was born. By 1880, Hattie and Hannibal were living  in Glens Falls, Warren, New York. Hannibal was a carpenter and Dora was staying in the same household. He would due on December 14, 1886 in Cummington, Massachusetts with Cyrus W. Packard (Dora’s husband) serving as an informant for his birth, death, and other information. When Hannibal died, he was age 53, 10 months, 17 days, married, dying of “consumption” (tuberculosis) and being a farmer. His parents were listed as Perry G. Hammond (born in Caldwell, NY) and Mary Ann Hammond (born in Granville, NY). He would live his last days in Cummington.

But where did this leave Hattie? Well, on December 22, 1889, three years after Hannibal’s death, she married a man named Joseph Beals. Little is known of her life after this point. We do know that in 1900 she was living with her husband Joseph in Goshen Town, within Massachusetts’s Hampshire County, with Marian and Charles E. Packard, children of Dora and Cyrus, living with them, along with Edith B. Hammond, a daughter of hers from the marriage with Hannibal. Ten years later, in 1910, she was still living in Goshen but with her daughter Edith and she was widowed, evidencing Joseph Beals’s death. There was also a boarder named George A. Andrews is living with them. As such, it makes sense that she died in 1912. Her death certificate says she died of chronic vascular heart disease on Aug. 3, 1912, and says her birth date is Jan. 29, 1850, with these days treated as correct but the year totally false. This is due to the fact that the 1855 census shows her living in the household and as age 12 (meaning that she would be born in 1843), to give one example: 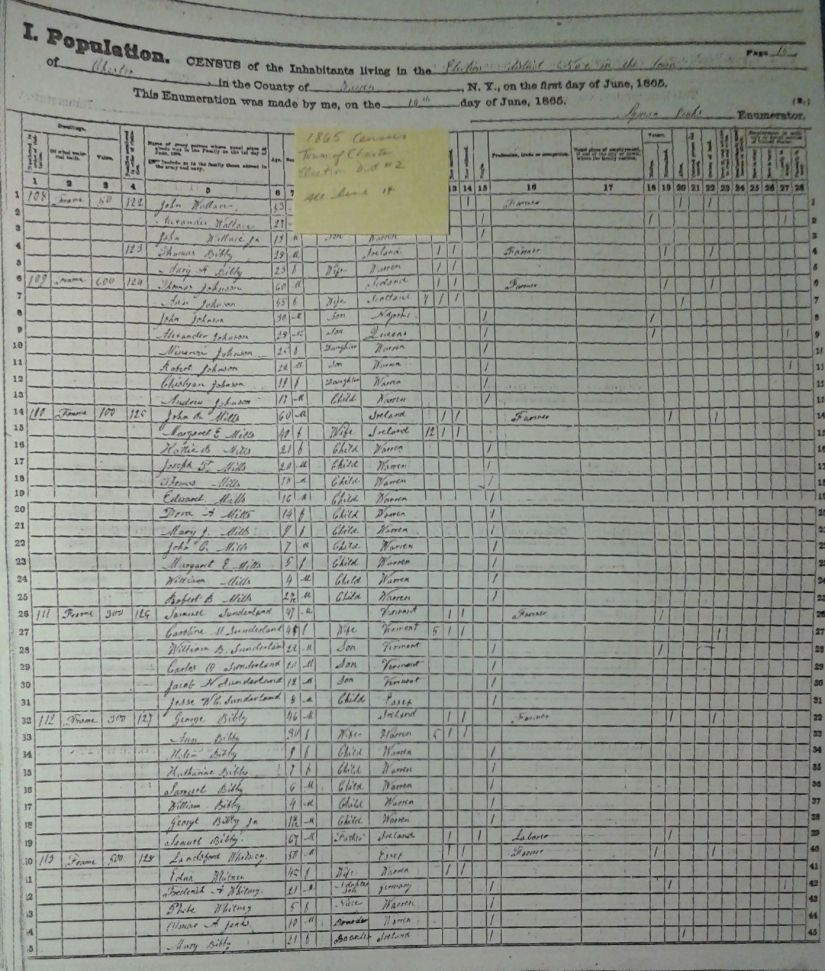 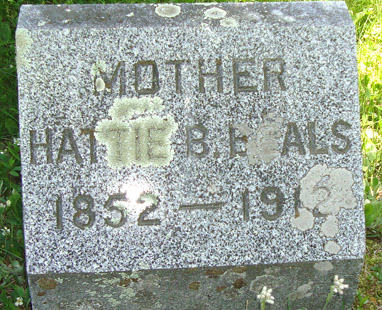 Yet her death certificate, with information supplied by her son, Clarence (C.O. Hammond) says 1850:

This site uses Akismet to reduce spam. Learn how your comment data is processed.